“Trust me: I’m an SEO Consultant” – Why is Google Still Not Measurable? 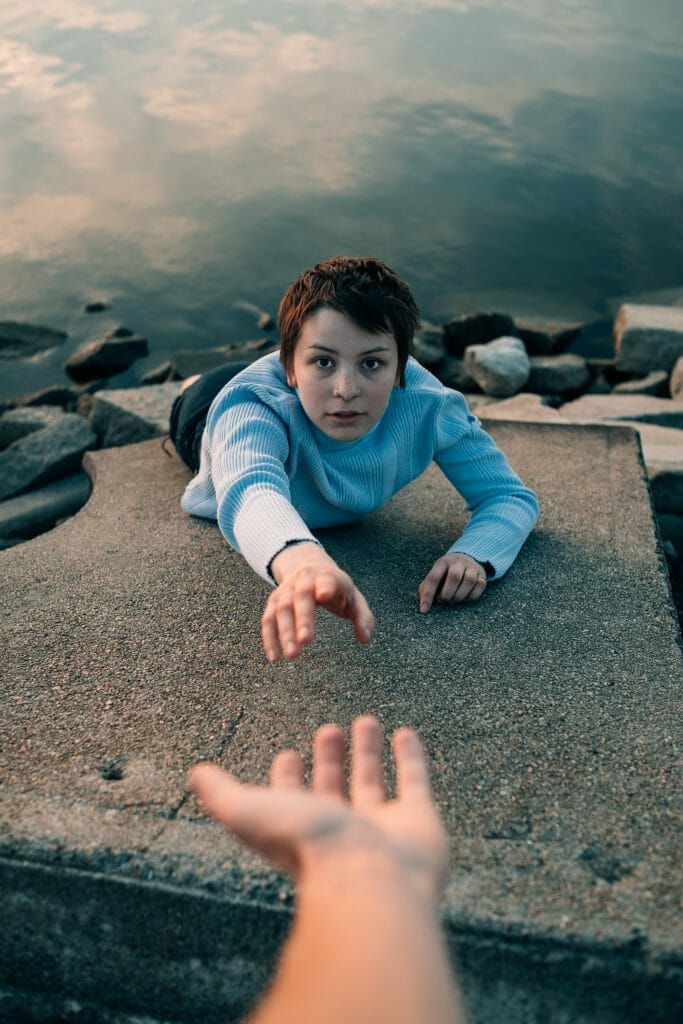 John Wanamaker, known as one of the pioneers of marketing, famously said:

“Half the money I spend on advertising is wasted; the trouble is I don’t know which half.”

And, although he made this comment before he passed away in 1922, this is still true today when trying to measure ROI on your SEO spend.

We can measure ROI from PPC campaigns, Facebook ads, and LinkedIn investment.

Yet, SEO budgets have a ceiling based on what we think we can afford to lose–or how else could we explain the millions we spend on SEM ads.

In contrast, our SEO investment is only a fraction of our total spend on the same platform, Google, where a large portion of users don’t even know the difference between a paid search ad and an organic search result!

Navigating the ROI of SEO spend is further muddied by a market flooded with SEO consultants.

They all claim that they can optimise your site’s search rankings.  But none can provide any actual data that proves if their efforts made any difference in rankings or traffic to your site.

But what if there was new technology that managed SEO like SEM and measured performance like any other channel?

eCommerce businesses are frustrated about their SEO spend.  Yet, they can measure the performance of their advertising spend on “Paid Search”.

In Paid Search or Google Shopping, they can tell what their CPC, CPA and ROI down to keyword level is – but with SEO, they’re in the dark.

We know that SEO is a good investment; I mean, who wouldn’t want to appear in one of Google’s top spots?

A common phrase in SEO is, “The best place to hide a dead body is page 2 of Google Search results.”

And nowadays, most users won’t make it past the first few results.  Yet, another reason why businesses spend millions per month on SEM but only bankroll their SEO with a measly 20K.

They don’t have proof of results to motivate higher spend.

Part of the problem is that Google has no interest in giving immediate feedback on website SEO changes to protect the ranking algorithm from being tested out.

Google does not even provide the general information of which keyword led to how much revenue on your site.

While Google tells you impressions, clicks and positions data within the Google Search Console–and this data does appear in Google Analytics–it is not adequately accessible with eCommerce conversion and revenue data within the interface.

The ricochet is an industry of “SEO consultants”.  They are working with secondary metrics like “ranking changes” or “SEO visibility” to measure their success in a “before vs. after” manner.  Often, they’re unable to read a simple web analytics performance report.

2.  Anyone can be an SEO consultant?

While there are Google AdWords courses and other certifications for SEM Consultants, practically anyone who can read a blog post qualifies to call themselves an SEO Consultant.

Really, there’s no way of vetting how qualified someone is in the SEO field.

If you Google “how to become an SEO expert”, the first Google suggestion ends the sentence with “in 48 hrs”, which says it all: https://www.locationrebel.com/become-an-seo-freelancer/

Would you want to hire someone with only 48 hours of experience?

While it’s a decent blog post with some sound advice and good resources, the poor thing about SEO Consultancy is that anyone can be an SEO Consultant by talking SEO, not by doing it.

Because doing on-page SEO requires changes to the website or content.  And it always involves the tech team in implementing recommendations–getting them to implement the proposed website changes for SEO is an arduous task.

Then with no clear way to measure the ROI, there is no business case; back to square one again.

And there’s always a good excuse why the SEO strategy doesn’t show the right results.

It’s all about link building, but Google never gives immediate feedback on SEO changes (otherwise, you could test out the different elements of Google’s ranking algorithm with a series of quick individual changes to your site or backlink profile).

So, there’s always an excuse that “SEO takes time”.  Or, “Your link building would work great if the tech team followed the on-page optimisation recommendations.”

You guessed it; square one again!

(Tip: While Google Analytics shows 95-98% of organic search traffic under the keyword “not provided”, you can easily use the remaining 2-5% where you see the keyword to calculate Brand KW vs. Non-brand KW performance and extrapolate onto the total “population” with a simple statistical significance test)

Those who label themselves as an “SEO consultant” are flooding the web with their “expert” SEO optimisation advice.  But most of the time, it’s just copying what others have already written.

And let’s face it, if you do have unique, valuable knowledge about SEO optimisation, would you publish an article listing this information for free on the web for everyone to see?  Or would you keep it to yourself for your website?

If everyone does the same thing, then what you do on your site doesn’t give you an advantage anymore.

Let’s compare this with a running analogy:

If you found a revolutionary new training method, would you keep it to yourself?  To run faster than everyone else?  Or would you write about it so everyone else can do it and lose your competitive edge?

Unless you’re in the business of writing books about training methods, you will keep this information close to your chest.

And to be frank, those who do write books about their winning strategies are usually the same people who don’t use or need them anymore, which means they’re probably already outdated.

4.  OMG, there was a Google Algorithm change!

While Google is trying to catch up by adapting the algorithm to figure out which signals are fake, and which are not.

For a good overview of the myriad of algorithm changes over the years, check this out: https://moz.com/google-algorithm-change

The issue with most blog posts on algorithm changes (and everyone in the SEO community commenting on those changes) is that they make a huge fuss about the change and the number (or %) of pages they manage that are affected.

But nobody goes into practical detail about what these changes mean.

Check out https://moz.com/google-algorithm-change – one of the highest quality SEO sites.  You’ll notice a lot of jargon and no real “actionable” insights for most Google algorithm updates.

5.  An SEO consultant can often use Google penalties and scare tactics

Google is very strict about its code of conduct.  And eBusinesses can be liable to pay penalties in the form of a drop in Google rankings or being dropped from the index entirely if they severely overstep the mark.

However, you have to do something seriously wrong on a large scale to incur a “Google penalty”.

Most of the time, when an SEO Consultant talks about “Google penalties”, it’s really about an update to Google’s algorithms.  And how some websites are now ranking better for some search queries while others rank a little worse.

There are billions of websites out there.  And every website is competing for Google page 1, or position 1.

A 20% drop in traffic can be the result of dropping only 2-3 positions.  But in the mind of an “SEO Consultant”, it’s always referred to as “penalties.”

Let’s use another runner’s analogy, shall we?

Among 100 runners, you came first.

But this year, running against the same runners as last time, you came in 2nd or 3rd.  Or you didn’t even make the final.

Is that a penalty?  Of course not.  The other runners simply outran you, and you need to up your game for next time.

This being said, penalties are still used as a great scare tactic in SEO.

Since you can’t measure ROI correctly, you have to convince your clients (or employer) otherwise to implement changes or that you are a better SEO “Con” than others.

The most efficient way is to wave the “Google penalty” stick: “If you don’t do this, you’re not in line with Google best practices, so there is the risk of getting a penalty”.

Or even better, when it comes to the competition: “Oh no, I wouldn’t advise doing what these guys say, this is against Google best practice, and you’ll risk getting a penalty!”.

I can talk for days about the crazy SEO Stuff I’ve Seen:

It’s an SEO jungle out there.  And it can be challenging for companies to motivate SEO spend if they can’t deliver the data they need to prove a return on investment.

It’s the nature of the business to believe that money well-spent must be proven and motivated by numbers written in black and white.

Rather than relying on an SEO Consultant, eCommerce businesses would do better to treat SEO as any other performance channel and find solutions that supply them with web analytics reporting detailing the ROI of their SEO investment.

That way, they can measure the benefits of their spend and begin to close the enormous chasm that has developed between their SEM and SEO investment without spending as much money as they do on SEM.

Chat with Longtail US now to learn how you can start measuring the ROI of your SEO spend, just like you do with the ROAS on SEM. 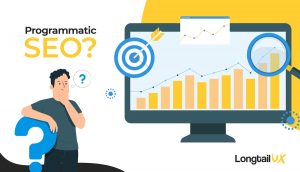 Programmatic SEO: How to build 100,000 pages for long tail search terms at scale 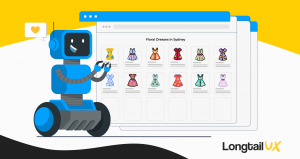 Artificial intelligence in eCommerce: what does the future hold?

Artificial intelligence (AI) has already made a significant impact on the world of ecommerce, and its role is only set to grow in the coming 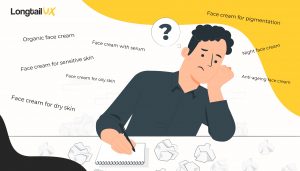 How to avoid keyword cannibalisation for enterprise eCommerce

This website uses cookies to improve your experience while you navigate through the website. Out of these, the cookies that are categorized as necessary are stored on your browser as they are essential for the working of basic functionalities of the website. We also use third-party cookies that help us analyze and understand how you use this website. These cookies will be stored in your browser only with your consent. You also have the option to opt-out of these cookies. But opting out of some of these cookies may affect your browsing experience.
Necessary Always Enabled
Necessary cookies are absolutely essential for the website to function properly. These cookies ensure basic functionalities and security features of the website, anonymously.
Functional
Functional cookies help to perform certain functionalities like sharing the content of the website on social media platforms, collect feedbacks, and other third-party features.
Performance
Performance cookies are used to understand and analyze the key performance indexes of the website which helps in delivering a better user experience for the visitors.
Analytics
Analytical cookies are used to understand how visitors interact with the website. These cookies help provide information on metrics the number of visitors, bounce rate, traffic source, etc.
Advertisement
Advertisement cookies are used to provide visitors with relevant ads and marketing campaigns. These cookies track visitors across websites and collect information to provide customized ads.
Others
Other uncategorized cookies are those that are being analyzed and have not been classified into a category as yet.
SAVE & ACCEPT